Dümmen Orange has won Best in Class in the Outstanding Varieties Competition and scored many other honours at the annual convention of the Society of American Florists.

Stunning Carnation Alcazar not only won the Blue Ribbon (a score of 42-50 points out of a maximum of 50), it was also proclaimed Best in Class at the Outstanding Varieties Competition. This is one of the industry’s biggest flower competitions held during the annual convention of the Society of American Florists (SAF) in Hawaii. Carnation Alcazar was entered by Dümmen Orange and is grown by Flexport de Colombia. Another much admired Blue Ribbon winner was Gerbera Terra Icy, entered and grown by Green Valley Floral (California). 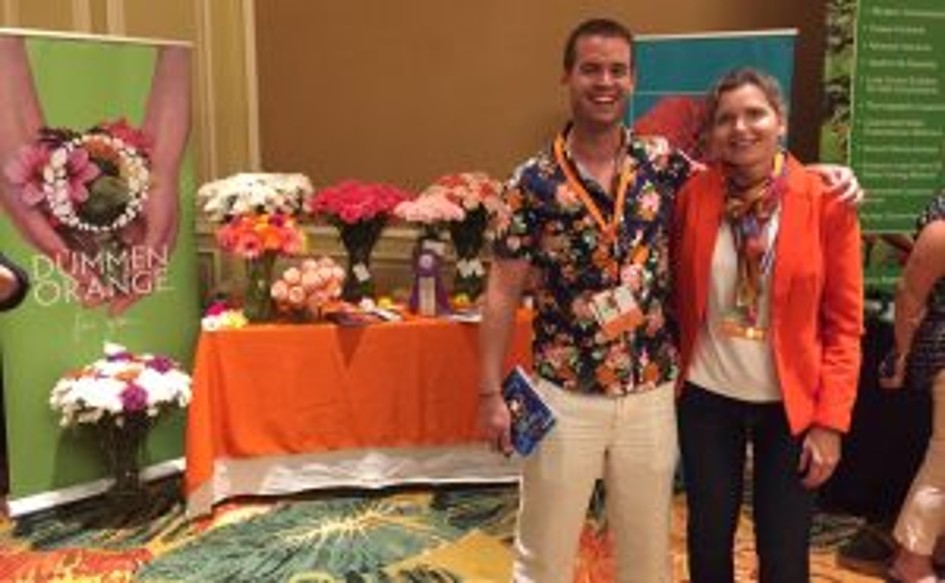 Awarded for its excellence

There were more Dümmen Orange winners in the Outstanding Varieties Competition, 13 in all. Chrysanthemum Blossom, Coconut, Lynx and Sonic all won a Red Ribbon. As did Rose Fado, spray Carnation Mocha Sweet, Carnation Zeppelin and Gerbera Pizzaz, Alcolea, Rioja and Almeria. All winners were hybridized by Dümmen Orange, unsurpassed in its drive for excellence. Besides participating in the competition Dümmen Orange was also very successful at the Suppliers Expo. Over 400 florists and other floral supply chain partners were present at the SAF convention, all winners were picked by expert judges.

A big Thank You!

For over a century Dümmen Orange excels in international horticulture. By uniting the world’s top breeders under one distinctive brand, the company blends traditional techniques and emerging technologies to provide the largest selection of superior flowers and plants on earth. The secret of its success is not just the broad and deep product portfolio, but also a lasting commitment to everything that happens to its flowers and plants afterwards. We’re in this together and wish to congratulate all participating growers with their hard work and excellent results.